An ardent proponent of the acousmatic genre, Francis Dhomont’s œuvre since 1963 consists exclusively of works on fixed support showing an interest in morphological writing. In 2007 he was awarded an Honourary Doctorate from the Université de Montréal. Amongst the prizes he has been awarded for his work are: Prix SACEM 2007 for the Best Contemporary Electroacoustic Work; Career Grant form the Conseil des arts et des lettres du Québec (2000); Canada Council for the Arts Lynch-Staunton Prize and Guest of the DAAD in Berlin (1997); 1st Prize (1981) and Prix Magisterium (1988) at the Concours international de musique électroacoustique de Bourges (France); Prix Ars Electronica (1992, Austria). Between 1978 and 2004, he was active in both France and Québec, where he taught at the Université de Montréal 1980–96. He is a Founding and Honorary Member of the CEC and is now living in Avignon, France and focussing on composition and theory. (Translation: jef chippewa) 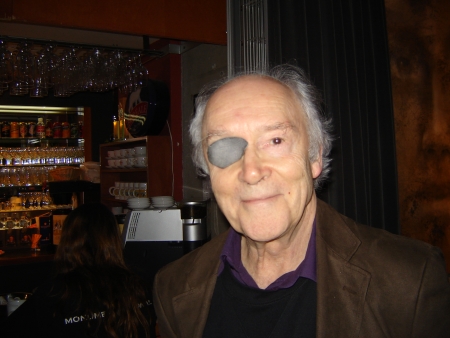