Paul Dolden has been perusing the musical and technical implications of the multi-track studio since the late 1970s, when he began creating works involving several hundred tracks of recorded sound. Each musical instrument or voice was recorded separately, allowing for a unique musical experience that often involved 40 different tempos and multiple tuning systems. For his work Dolden has won over 20 international awards and received over 40 concert commissions. Various labels have published his works over his 40-year career. Between 2000 and 2002 he remastered his catalogue; these same works were again remastered in 2012 but those final masters have not yet been published. They are now available on Sonus and as the Golden Dolden Box Set release on his Bandcamp page. Dolden’s early works were inspired by the intellectual and cultural change from modernism to postmodernism, whereas the works he created since 2008 are based on modelling sound nature or are inspired by historical myths. 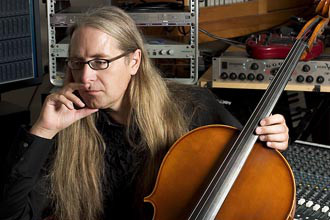