David A. Jaffe has written over ninety works for orchestra, chorus, chamber ensembles, and electronics. His music has been issued on nine CDs, including two solo CDs, and has been presented by the Saint Paul Chamber Orchestra, the Brooklyn Philharmonic, the San Francisco Symphony, and numerous chamber ensembles. His music has been featured in over twenty-five countries at international festivals including the Winnipeg New Music Festival, the Berlin Festival, the ISCM Warsaw Autumn Festival, the Venice Biennale, the American Festival in London and others. His work Silicon Valley Breakdown has been acclaimed a landmark of computer music by Le Monde, Newsweek, Smithsonian Magazine and others. Jaffe has been a visiting professor at Princeton University, Stanford University, Melbourne University, and the University of California at San Diego. He has received numerous commissions from ensembles such as the Kronos Quartet, the Russian National Orchestra, Chanticleer the Lafayette Quartet and many others. 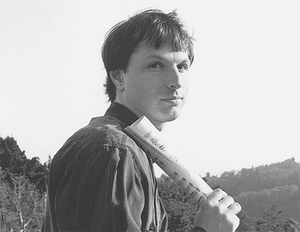