Michael Matthews’ music has been performed in countries around the world. In 2001 a recording of his works Symphony No. 1 and Out of the Earth, conducted by Virko Baley with the Kiev Camerata Orchestra, was released by TNC Recordings. His latest major work is a cello concerto for Arkadiusz Tesarczyk and the Winnipeg Symphony. 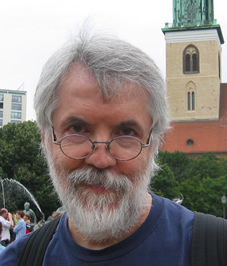