Frances White composes instrumental and electronic music. She has studied composition with Lawrence Moss, Charles Dodge, and Paul Lansky, and is currently a doctoral candidate in composition at Princeton University. Her music is performed regularly in concert and on the radio in the U.S., Europe, Asia, and Australia. She has received awards, honors, and commissions from Prix Ars Electronica in Linz, Austria; the Groupe de musique experimental de Bourges, in France; the International Computer Music Association; ASCAP;and the Bang on a Can Festival. In 1997 her Winter aconites for chamber ensemble and tape won a prize in the 24th Bourges International Electroacoustic Music competition.

Ms. White’s work has been performed at venues such as Gaudeamus in Holland; the Roulette concert series in N.Y.; the Synthese Festival in France; the Bang on a Can Festival in New York; the Other Minds Festival in San Francisco; the Music at the Anthology series in New York; the World Shakuhachi Festival 98, and multiple International Computer Music conferences around the word. Ms. White’s music can be heard on CD on the Wergo, Centaur, Nonsequitur, and Harmonia Mundi labels.

Ms. White has a special interest in Asian instruments, an interest which began in 1996, when she was commissioned by the International Computer Music Association to write Birdwing for shakuhachi and tape. Among her most recent compositions involving Asian instruments are Centre Bridge I, (for two shakuhachis and tape), and While listening to the waves, (for erhu, dizi, pipa, and zheng), which was written for The Chinese Virtuosi, a group based in Beijing that performs contemporary music written for traditional Chinese instruments. This piece is scheduled for a premier in May, 1999, in Beijing. She is currently working on a piece commissioned by violinist/composer Mari Kimura for violin and electronics; this summer she will start on a work commissioned by the Groupe de musique experimental de Bourges. 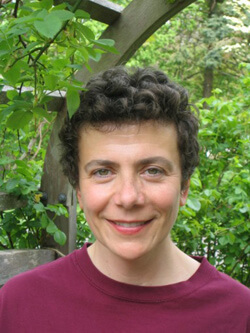