Andrés Lewin-Richter is Honorary Professor in the Department of Information and Communication Technologies at Universitat Pompeu Fabra in Barcelona and is also Executive Director and founder of the Phonos Foundation, devoted to the promotion of cultural activities around musical technology since 1974. After graduating at the Barcelona Polytechnic University in 1962 with a Fulbright Fellowship, Lewin-Richter moved to New York and joined the Columbia Princeton Electronic Music Center, becoming assistant to Vladimir Ussachevsky, Mario Davidovsky and Edgard Varèse. Returning to Barcelona, he established the Barcelona Electronic Music Studio in 1968, which in 1974 was transferred to Phonos, a private studio open to composers, established together with J.M. Mestres Quadreny, L. Callejo and R.M. Quinto. In 1982, in order to obtain public funding, the studio was changed into the Phonos Foundation. Lewin-Richter’s earliest compositions date from 1963, mostly electronic music, and since 1972 he has been working with musicians in order to create mixed pieces, works for instrument(s) and tape. 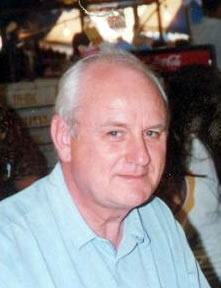