Eric Lyon is a composer and computer music researcher. During the 1980s and 1990s, his fixed media computer music focused on spectral and algorithmic processing of audio, with a tendency toward extreme modifications of samples, variously sourced. From the early 1990s, Lyon became involved with live computer music, performing solo and in the Japanese band Psychedelic Bumpo, with the Kyma system. Later in the 1990s, he gravitated toward software-based live processing, starting to develop Max/MSP externals in 1999. This work resulted in his LyonPotpourri collection of Max/MSP externals, and the FFTease spectral package, developed in collaboration with Christopher Penrose. In recent years, Lyon has focused on computer chamber music, which integrates live, iterative DSP strategies into the creation of traditionally notated instrumental scores. Other interests include spatial orchestration, and articulated noise composition. Lyon teaches computer music in the School of Creative Arts at Queen’s University Belfast. 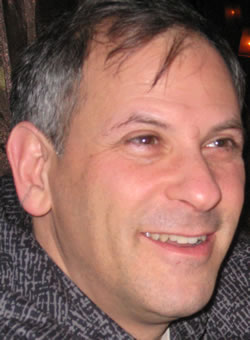