Nickos Harizanos studied Composition, Orchestration, Harmony and Counterpoint in Athens under the supervision of composers Christos Lambrianidis and Spiros Klapsis from 1992 to 1999. He then continued his studies in Composition at Manchester University (2000-2001) with Professor John Casken and Professor Geoffrey Poole, graduating with a research Master’s degree (MusM) in Composition. His music has been performed in many European venues including London, Manchester, Aberystwyth, Kiev, Bucharest, Athens, Salonika, Corfu, Rhodes. He has also received numerous of first prizes and distinctions in International and National Composers Competition (Foudoulis Conservatory, London Chamber Group, Oare String Orchestra, National Conservatory of Greece).. He has directed his Electroacoustic Opera “The Glance of Blindness” which was released on DVD by Ikonostichio in November 2004 and other short multi art works. His music has been broadcasted by National T.V. and Radio Stations. He is a member of the Greek Composers Union and the Hellenic Electroacoustic Music Composers Association (HELMCA) (Greece). His works were published by Da Capo Music Ltd (UK), Gold Branch Music Inc. (USA) and Philippos Nakas Music Publications (Greece). 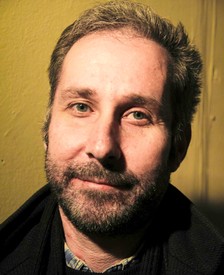