Vera Ivanova was born in Moscow. She graduated from the Moscow Tchaikovsky State Conservatory in 2000 with the Honours Diploma in Composition and in 2001 from the Guildhall School of Music and Drama in London with the Master of Music degree with distinction in Composition. At present she is pursuing a PhD in Composition at the Eastman School of Music with David Liptak. Among her compositions are orchestral, theatrical, chamber, and electroacoustic works, which have been performed in Russia, Europe and the USA (Great Hall of the Moscow Conservatory, Mozarteum in Salzburg, Weill Hall in New York). Ivanova is a recipient of numerous international prizes, awards and scholarships, among them are the Sproull Fellowship towards PhD studies at the Eastman School of Music, the Gwyn Ellis Bequest Scholarship towards MMus studies at the Guildhall School, Honourable mention at the 28th Bourges Electro-Acoustic Competition, and 3rd Prize at the 8th International Mozart Competition including publication with Universal Edition (Vienna). Among her recent achievements are the Hanson Orchestra Prize and Louis Lane Prize from the Eastman School of Music, Susan and Ford Schumann Award to attend Aspen Music School, and the ASCAP Morton Gould Young Composers Honoroble Mention and Award. 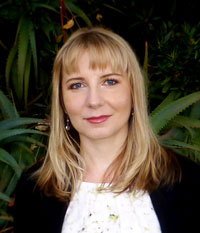