Al has been concocting radiant sample collages and beats since 2000, both on solo projects and as part of the Adelaide band Bird Lantern. During this time he has developed a unique organic sound of twisting and rolling textures of rhythm, contrasted by deep, rich open spaces. As a visual artist and designer, Al has experimented with mediums that parallel his music — from winding geometric designs using only depth to play with light and shadow, to colourful sprawling collaged landscapes. He is currently experimenting with fusing music and visual arts to create games and interactive art works in which the music can be manipulated by the player — a synthesis of game, artwork, and instrument. With his first solo album, Earthbound (2008), he presented a series of panoramas, each of which told their own story through a subtle contrasting of natural and otherworldly environments. Using everything from classical, jazz, Indian, funk, hip-hop, blues, electronica and beyond, he creates a unique cinematic aesthetic that is rooted in the do-it-yourself culture of hip-hop sampling, whilst bearing the fruits of a musical depth that is mysteriously introspective and moving in its intricacies. The Forest in the Clock (2009), is a varied rhythmic and ambient work. It contains more natural colour schemes than Earthbound, and is a much more richly concentrated vision of the poetic synaesthetic experience. His second solo project, the double album City Life and the Searing Light of Dissonance (2010), stepped up the vast quantity of samples used in Earthbound and created a colourful and chaotic caricature of the excesses of city life — a whirling vortex of sublime and dirty rhythms, and traffic jam harmonic architecture, grounded real rocksteady in classic funk, hip-hop and blues grooves. He is currently working with Bird Lantern on their second album Bazaar, due for release 2010, and completing his third solo album Marine Biology in which he is refining the essence of the Earthbound and City Life experiments for a more open and harmonious suspended insight into colour, geometry and flowing architectural soul! 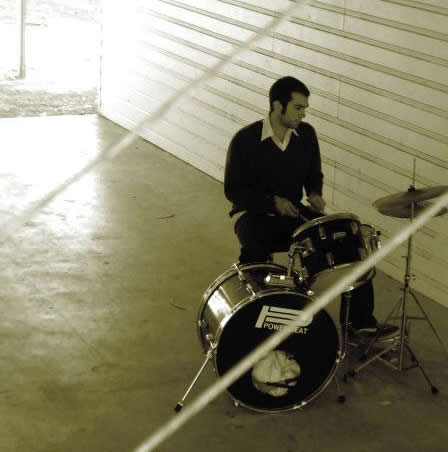