Donald J. Funes (1939–1999) was an influential music educator, composer and conductor. His musical interests spanned Andean and Indian music, jazz, classical music and the contemporary Western avant-garde. A flutist, he was a student of the Indian bansuri flute and Andean panpipes. Don Funes introduced numerous future composers and performers to electronic music. Educated at Western Washington University (BA, MA) and the University of Oregon (DMA), Funes’ career as an educator included membership on the faculties of the State University of New York at Potsdam’s Crane School of Music, Northern Illinois University’s School of Music (where he served as Director), and during the final decade of his life, California State University at San Marcos, where he was founding Head of the Department of Visual and Performing Arts. 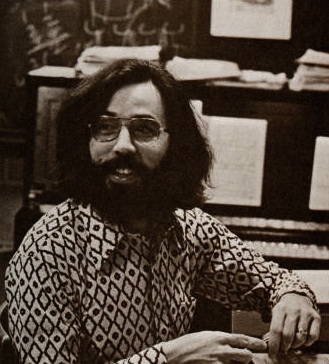