As a composer, multi-instrumentalist and stage artist, Alexis Langevin-Tétrault has contributed to a variety of experimental music projects under the guises of QUADr, Falaises, BetaFeed, Alexeï Kawolski and Recepteurz, while also scoring short films and composing stage play music. His work has been presented internationally in numerous festivals such has ISEA (CA), MUTEK (CA), Transient (FR), Sines & Squares (UK), BIAN (CA), EMUFest (IT), Elektra (CAN), Matera Intermedia Festival (IT), Feast Festival (USA), NSEME (USA), Exhibitronic (BE), Mus Lab (BR), Espace du son (BE), Futura (FR) and TIES (CAN). His work was recognized by Foundation Destellos in 2014 and 2015, by SOCAN Foundation in 2015, and also by Exhibitronic festival, SIME and Musiques & Recherches in 2016. 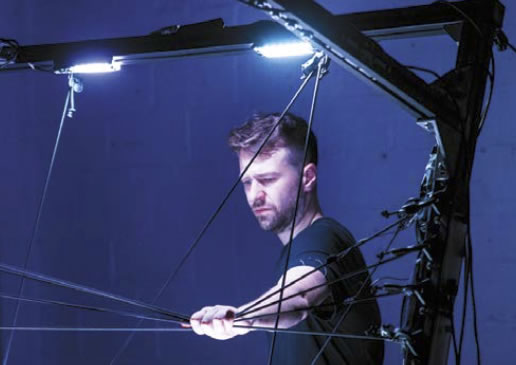